In another gap between weather yesterday, I did some springlike things: I harvested a huge bunch of rocket which had got out of control, started flowering and gone very woody.

I reckoned the leaves were still edible though perhaps a little tough, so I whizzed them up with some garlic and olive oil and made yet more pesto. It was rather good:

Then I cut back the autumn fruiting raspberries and gave them a good mulch. While doing this I observed the desire lines made by cats crossing the lawn, on a direct route from the patio to our neighbours’ garden, via a gap in the hedge.

I’ve been reading Robert MacFarlane’s book ‘Landmarks‘ and was delighted to discover that there is a name for such gaps. ‘Smeuse’ is apparently an old Sussex name for ‘the gap in the base of a hedge made by the regular passage of a small animal’ (p252). It is appropriate since the cats have family links to Sussex.

My final springlike activity, before the sleet and rain started again, was to sow the first seeds of the season. Three varieties of chilli peppers are germinating happily (I hope) in my heated propagator, ready for new homes in my son’s flat in the summer. 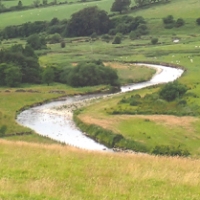 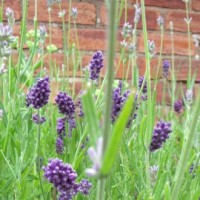 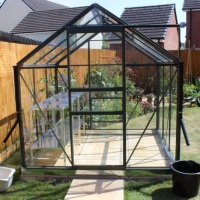