I set out to do this morning’s #SixonSaturday and everything was covered with raindrops. So Raindrops on Roses it has to be.

These came from a cutting from the caravan site by the beach where my parents used to have a caravan and I used to take my sons in the summer. They bring happy memories of those summers, often also in the rain. Now they rampage all over my front garden, sending their roots under the paving stones and appearing in unexpected places.

2. Benjamin Britten flowers all summer and still has some lovely red flowers, turning to pink as they fade:

We bought this quite a few years ago now, chosen for its name by my musical sons.

This was a gift, given to us ten years ago, at the same time as the next rose, which is

eek – if that was ten years ago, that means we just celebrated our 35th. Getting old.. but moving on ..

I bought this five years ago on a mad trip by bike to a garden centre. It flowered very beautifully in June and has some new buds just appearing for a second flowering.

6. That’s all the roses in the front garden – I have another wild white rose but it has finished for the summer, so I returned to the Rosa Rugosa, which, along with its lovely flowers, also has big fat rosehips:

So that’s all the raindrops on roses. No whiskers on kittens today. Bella is in my bad books because she brought a ‘gift’ to the back door this morning. This stopped me going into the back garden to look at the roses there.

It’s still a bit damp out there and Bella is still lurking at the back door with her ill-gotten gains. So now I’m off to make some summer muffins with this little lot :

Blackcurrants from the allotment and the last of the raspberries and strawberries from the garden. The raspberry muffin recipe should do fine.

5 thoughts on “Raindrops on roses” 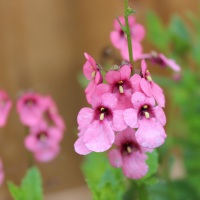 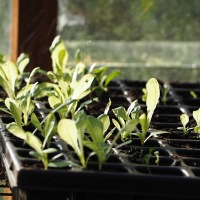