So spring has finally arrived. I’ve spent the whole weekend in either the garden or the allotment and done lots of springly things.

I took my onions, which have been sprouting happily in their paper pots since January,

to their new home at the allotment

I know, it looks a little forbidding. The wire fence is to keep the bunnies out.  We’ll see whether it works.

Back to my own garden and I made a new raised bed:

Made from some floorboards which had been lurking under a plastic sheet in the garden for some years.  When I unearthed them I found a frog, two vine weevils and two hundred snails.  Some hours later, after the wielding of saws, a hand drill, a screwdriver and much swearing, the boards are now screwed together and will provide a new surround for a raised bed whose old boards had finally collapsed.

I also did some more tidying up of the area where the conifers were. I made a rustic bench out of two conifer stumps and an old shed door. I’ll admit that this is rather a temporary arrangement (there was much mocking from the other residents) but I’m thinking a seat might be quite nice here

I discovered that the conifers produced not only footballs and tennis balls, but also bike parts and swingball bats: 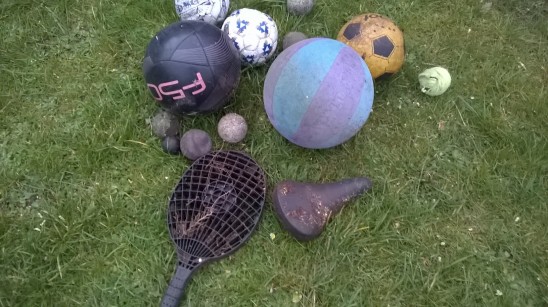 Who knows what I’ll find next, perhaps a hockey stick, a croquet set or an entire table tennis table.

Meanwhile I harvested some rhubarb, made rhubarb flapjack (recipe here) and the second wave of daffodils has appeared in the front garden. Spring is certainly here 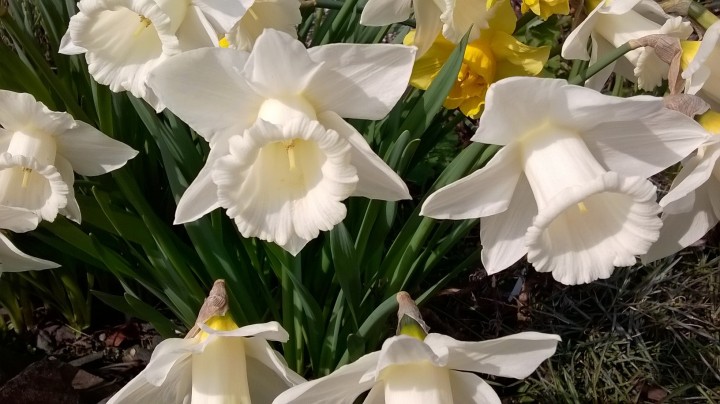 6 thoughts on “Onions, daffodils and some garden DIY” 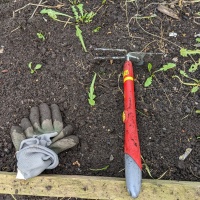 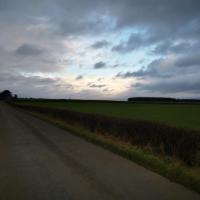 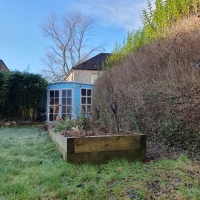 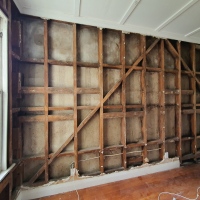 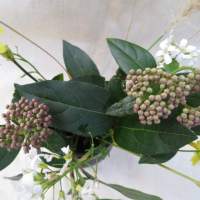